Who says geniuses are not being born these days? As a matter of fact, I think today we have more geniuses than ever before, but we also have a lot more dumbing down systems that don’t allow us to flourish, even as an ordinary human with no special IQ.

A former and current genius broke the chains and raised above the systems. Kim Ung-Yong, a South Korean civil engineer and former genius child displayed incredible and high intelligence shortly after his birth, March 8, 1972.

He was listed in the Guinness Book of World Records under “Highest IQ”. However, Kim wants to announce to the world that IQ is not the key to happiness. He told the entire world what really matters…

Kim Ung-Yong was born in Gangneung, Gangwon, South Korea. He started speaking at the age of 6 months and was able to read Korean, Japanese, English, German and many other languages by his second birthday. By the time he was four years old, his father claimed Ung-Yong had memorized about 2000 words in both English and German. He was writing poetry in Korean and Chinese, and wrote two short books of essays and poems (less than 20 pages).

At age four, he scored over 200 on an IQ test normally given to seven-year-olds. 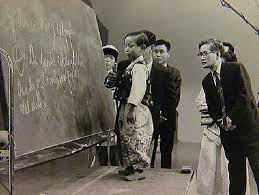 NASA could not miss to see an extremely rare intelligent mind, so at the age of 8, Kim Ung-yong was brought to NASA. In the beginning he was learning the rookie stuff, but in 1974 he began working alongside some brilliant minds. He spent almost a decade at NASA. 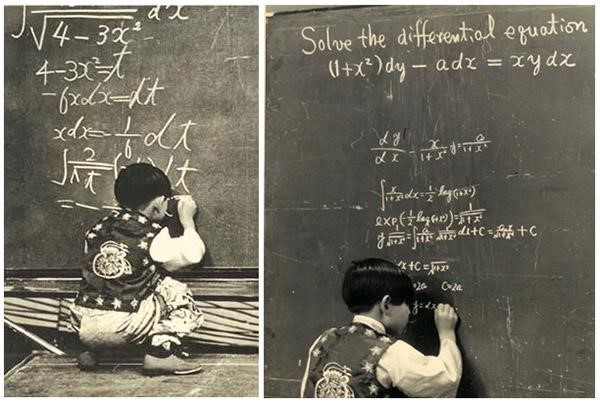 The reality is that for Kim Ung-yong this wasn’t right. After years of pushing himself to the limit, he started to feel a sense of emptiness and void in life. He claims those years as the years of robotic life. “At that time, I led my life like a machine – I woke up, solved the daily assigned equation, ate, slept, and so forth. I really didn’t know what I was doing, and I was lonely and had no friends,” he says.

In 1978, at the age of 16, he decided to return to South Korea. People back home started to call him “a defective genius.” After receiving much criticism from the public, he decided to pursue his education at a local university.

As of 2007 he served as adjunct faculty at Chungbuk National University. In March 14, 2014, he became associate professor in Shinhan University, and became vice president of North Kyeong-gi Development Research Center.

What constitutes a person’s IQ?

As stated on How Stuff Works, The term IQ, or Intelligence Quotient, generally describes a score on a test that rates the subject’s cognitive ability as compared to the general population.

IQ tests use a standardized scale with 100 as the median score. On most tests, a score between 90 and 110, or the median plus or minus 10, indicates average intelligence. A score above 130 indicates exceptional intelligence and a score below 70 may indicate mental retardation.

Like their predecessors, modern tests do take in to account the age of a child when determining an IQ score. Children are graded relative to the population at their developmental level.

What is this cognitive ability being measured? Simply put, IQ tests are designed to measure your general ability to solve problems and understand concepts. This includes reasoning ability, problem-solving ability, ability to perceive relationships between things and ability to store and retrieve information. IQ tests measure this general intellectual ability in a number of different ways.

Being special is not as important as living an ordinary life

Having a high IQ isn’t always a gift. Kim missed many things ordinary children experience, his childhood was lost. Kim insisted that life without human relationships is no life at all.

“People always try to be somebody special by neglecting their ordinary happiness. But they should know happiness means ordinary things that we take for granted, such as nourishing friendships, sharing memorable moments with friends at school and so on…I couldn’t have these things even if I wanted to. This is why I know that what I’m saying is important,” Kim said.

Kim’s message is loud and clear: “Being special is not as important as living an ordinary life.”

Source of inspiration: Message to Eagle

If You Like to be Alone, You Probably Have These 22 Unique Personality Traits
25 Uncomfortable Things You Need to do if You Don’t Want to Regret the Rest of Your Life
Advertisement
To Top