If you’re looking to get lost and be amazed by incredible beauty, we prepared some astonishing images of the planet Mars!

Because of it’s deep reddish glow, Mars is also known as the Red Planet. The ancient Romans admired the planet for its color and the Egyptians called her “desher”, or “the red one”.

The camera they use, that has photographed hundred of pictures of the surface of Mars and its area for 10 years, is called HiRISE. Because of how detailed the photos are, it seems as if the scientists are examining the surface from within a few feet. On one of the pictures, you can even see remains of the recent crash of Europe’s Schiaparelli Mars lander.

2,540 pictures were released in August, September and October. Here are some of them: 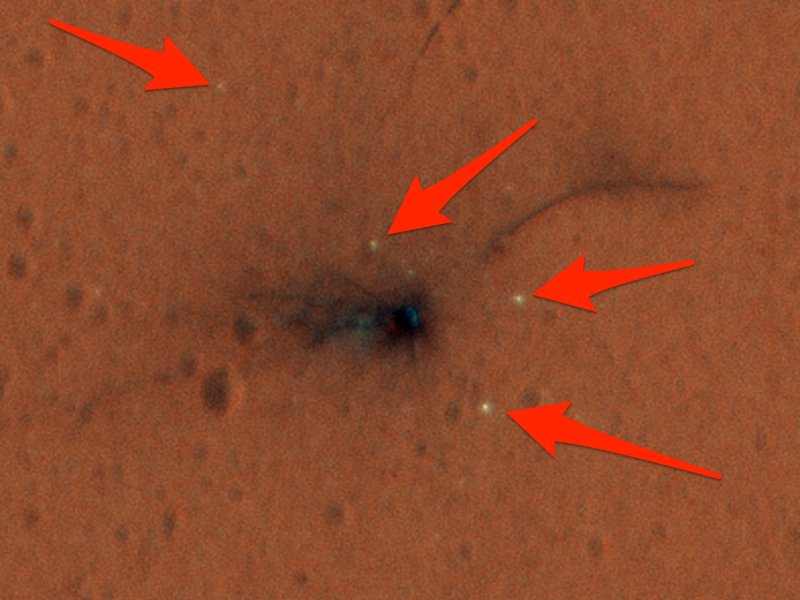 A crater on Arcadia Planitia, a large flat region of Mars

A rainbow colored sprinkling on a Martian slope

Dunes in a Martian crater. The red bar is an artifact of Nasas image processing

Another possible landing site for the 2020 mission

Rock with terrace and shadow

Monitoring of a slope

Those are not shadows. When buried dry ice turns to gas in warmer weather, it pushes up darker minerals to surface. Scientists call this location Inca city

Wind shaped dunes on Mars crawl across cracked soil in Nili Patera. The green bar is leftover from processing the image

Crater near a region called Aonia Terra. Don’t you think it kinda looks like part of the Death Star?