The 14th Dalai Lama of Tibet is always garnering a lot of attention, and for good reason.

Few years ago, he told the world that simply praying is not the answer for the incident that occurred in Paris, as well as other similar atrocities that seem to happen all over the globe. What he says bellow can be applied to every global catastrophe.

He stated that humans have created this problem, and now we are asking God to solve it, which makes no sense. If we created this mess, we should be the ones to solve it, not God. His comments went viral, resonating with many people around the world who realize that action on a mass scale is required at this time to change the direction in which our planet seems to be headed.

Intertwined with the Paris attacks are the realities of war, and there is a great piece written on the Dalai Lama’s website regarding the mass brainwashing of human beings. This is something we touch upon regularly on our website, especially when it comes to incidents of terrorism and war, along with the creation of these groups who are carrying out these attacks all over the world. He writes: 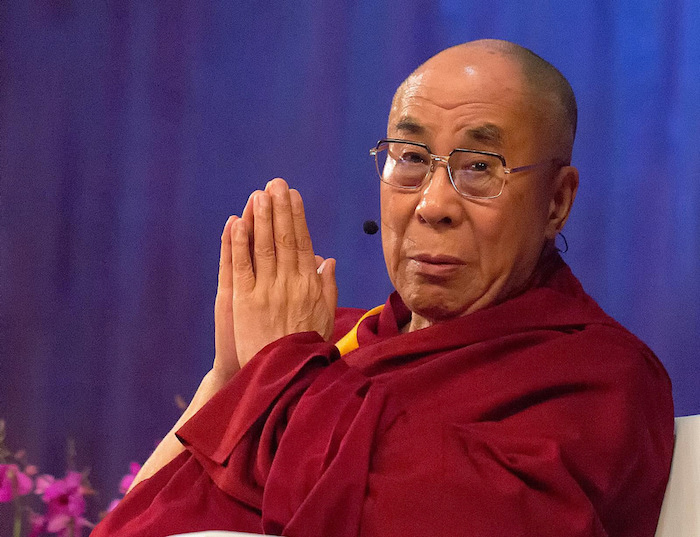 Of course, war and the large military establishments are the greatest sources of violence in the world. Whether their purpose is defensive or offensive, these vast powerful organizations exist solely to kill human beings. We should think carefully about the reality of war. Most of us have been conditioned to regard military combat as exciting and glamorous – an opportunity for men to prove their competence and courage. Since armies are legal, we feel that war is acceptable; in general, nobody feels that war is criminal or that accepting it is criminal attitude. In fact, we have been brainwashed. War is neither glamorous nor attractive. It is monstrous. Its very nature is one of tragedy and suffering. (source)

This (above) statement really hits home. If you think about it, these vast and powerful organizations, and the military in general, “exist solely to kill human beings.”

As the Dalai Lama touches upon, we are conditioned and made to believe that military service is something to be proud of. Sure, these men and women may be entering into the service in order to serve their country, with a tremendous amount of bravery and good hearted intentions going into that decision, but what they do not know is that this global war on terrorism is a complete fabrication.

Must-Read: Just Mercy: A Story of Justice and Redemption

The enemy they are made to believe they’re defending their country from is actually a product of their own country. As Dr. Michel Chossudovsky, University of Ottawa’s Emeritus Professor of Economics, tells us, the global war on terrorism is completely fake and based on fake premises.

Soldiers have been brainwashed into thinking that they are going after an enemy and defending their own country when that same enemy is fully supported and financed by the Western military alliance. As the Dalai Lama argues, this is exactly why “we feel that war is acceptable,” because we are made to believe it’s a necessary course of action.

He then goes on to state that: 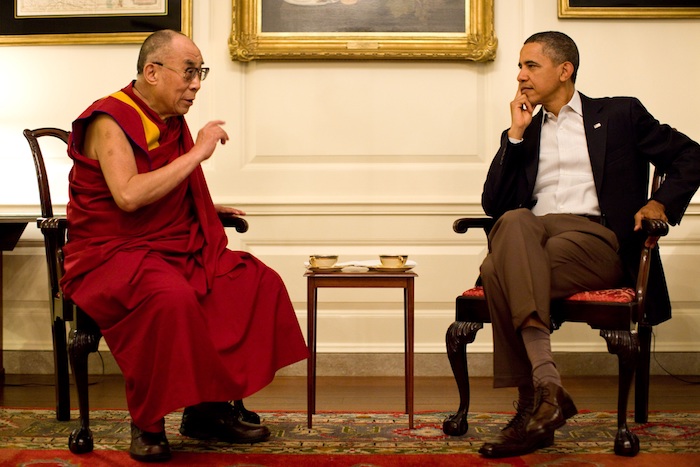 Modern warfare waged primarily with different forms of fire, but we are so conditioned to see it as thrilling that we talk about this or that marvelous weapon as a remarkable piece of technology without remembering that, if it is actually used, it will burn living people. War also strongly resembles a fire in the way it spreads. If one area gets weak, the commanding officer sends in reinforcements. This is throwing live people onto a fire. But because we have been brainwashed to think this way, we do not consider the suffering of individual soldiers. No soldiers want to be wounded or die. None of his loved ones wants any harm to come to him. If one soldier is killed, or maimed for life, at least another five or ten people – his relatives and friends – suffer as well. We should all be horrified by the extent of this tragedy, but we are too confused. (source)

We are the reason war exists in the first place; we created it, we participate in it, and we prolong it. Just imagine what would happen if every human being on the planet refused to participate in war? This is why we say change needs to come from within, and as more soldiers wake up to what’s really happening here, more of them will simply refuse to go to war.

“No matter how malevolent or evil are the many murderous dictators who can currently oppress their nations and cause international problems, it is obvious that they cannot harm others or destroy countless human lives if they don’t have a military organisation accepted and condoned by society.” (source)

The Dalai Lama then goes on to speak about how expensive war is. This is something many people think about – the fact that the money pumped into the military and the Department of Defense in the United States (including the black budget) could completely alleviate  poverty and hunger on our planet. That being said, money is made out of thin air, typed up on a computer screen and printed at will by the controlling elite.

Must-Read Also: I Am Malala: How One Girl Stood Up for Education and Changed the World

We are talking about, as ex Canadian Defense Minister Paul Hellyer points out, “trillions, and I mean thousands of billions of dollars” that “have been spent on projects which both Congress and the Commander in Chief know nothing about.” Welcome to what president Eisenhower called the military industrial complex where, as he warned us, the rise for misplaced power exists and will persist. What would he say about what’s happened today?

The point is, if we are going to use money as a tool, why not take that many and allocate it to provide food, shelter and clothing for everybody on the planet? The defense expenditures of a couple of countries alone could do this no problem.

Thank you Dalai Lama for having the courage to share such an important message with the world!

You can read his full article HERE.

In 1979 this man began planting trees. 43 years later he was stunned by what he created
This Bizarre Video Of A Penguin Catching His Wife Cheating On Him Breaks My Heart
Advertisement