There’s an increasing number of people who think and believe that the world is flat. But that’s not all.

They also believe that Australia is actually just one big hoax.

The signs were there the whole time: in what country is the only thing more poisonous than the snakes the spiders? How did we ever believe that kangaroos were a thing?!

According to a viral Facebook rant, the entire country (and the 24.13 million (2016) people that live there) is completely FAKE. 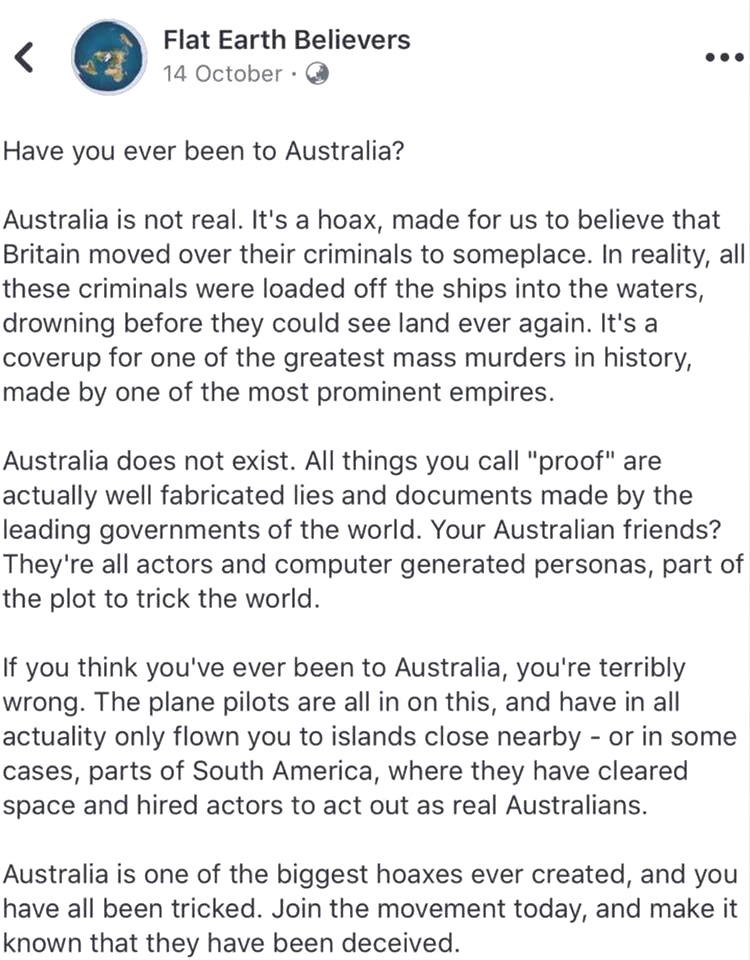 The idea surfaced at some gathering of the so-called Flat Earthers in the Birmingham recently where over 200 people came together to confirm to each other that the Earth is nothing more than a giant pancake.

This discovery, believed by some to be a joke or a conspiracy, has been circulating on social media after being formulated on Reddit in early 2017.

“Australia is not real,” the rant begins. “It’s a hoax, made for us to believe that Britain moved over their criminals to someplace. In reality, all these criminals were loaded off the ships into the waters, drowning before they could see land ever again. It’s a coverup [sic] for one of the greatest mass murders in history.” 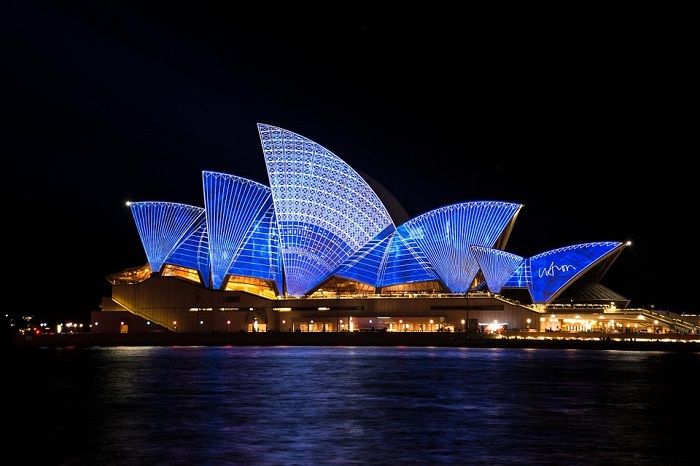 The post assumes that all Australians are nothing more than a computer generated code and if you’ve ever been Down Under yourself: “you’re terribly wrong”.

What’s even funnier, the pilots are apparently all in on it – and have just been flying you to parts of South America all these years. Flat Earth theories have been completely destroyed by everyone capable of rational thought, but the theory is still enjoying a current resurgence. Over 200 conspiracy theorists gathered at a hotel in Birmingham for the UK’s first Flat Earth Convention. The convention, which took place over three days, saw nine speakers take to the stage to explain their theory as to why the Earth is flat.

According to The Telegraph , Dave Marsh, an NHS worker who spoke at the conference, said: “My research destroys big bang cosmology.

“It supports the idea that gravity doesn’t exist and the only true force in nature is electromagnetism.” 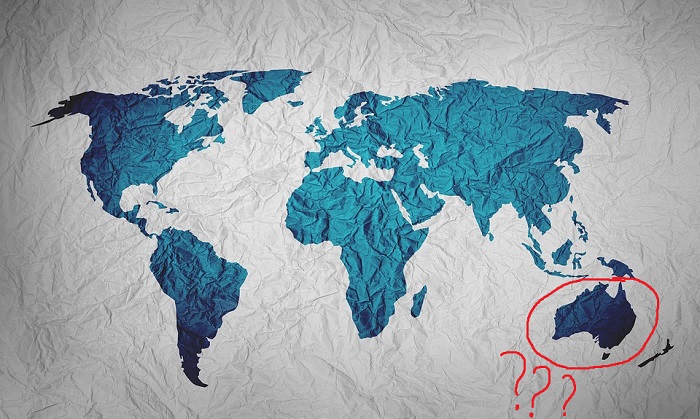 In these days where fake news and media conspiracies rule the world, it’s not so hard to make people believe there is country, or worse, a continent doesn’t exist.

NASA has proved all over again that the Earth is round using GPS, satellites, and images from space. Yet, Flat Earth believers claim that they have evidence that the space agency is lying. So what do you think about this?

Let us know in the comments!