It’s been almost half a century and yet people consider depression to be something that HAS to have a movie made on it, just to accept it as a reality. People have forgotten this one little thing – depression doesn’t have a face.

The veneer of normalcy, behind which a soul is slowly breaking into a thousand pieces everyday, doesn’t need a picture for it to be accepted as a part of society. It isn’t a state of mind that can be cured just by a cuppa down at Starbucks; it is a disease that deserves the same treatment as cancer or AIDS.

In all seriousness, considering depression as something that needs a tell or a sign without which it shouldn’t be ranked up on the emergency list, is extremely demeaning and insulting to someone who is going through it, or has gone through.

Depression is real, folks. No picture will show that to you.

1. How ‘looking’ suicidal is different from being suicidal. It doesn’t need to have a face. Sad that it took a suicide attempt for people to realize that.

“You don’t look suicidal”… I remember these words coming from the Dr’s mouth right after I’d just told him that I was having thoughts of suicide.”

2. It doesn’t matter how rich or poor you are, for depression hits you equally. If someone as well known and loved like Chester Bennington could kill himself, it’s time we take this seriously. 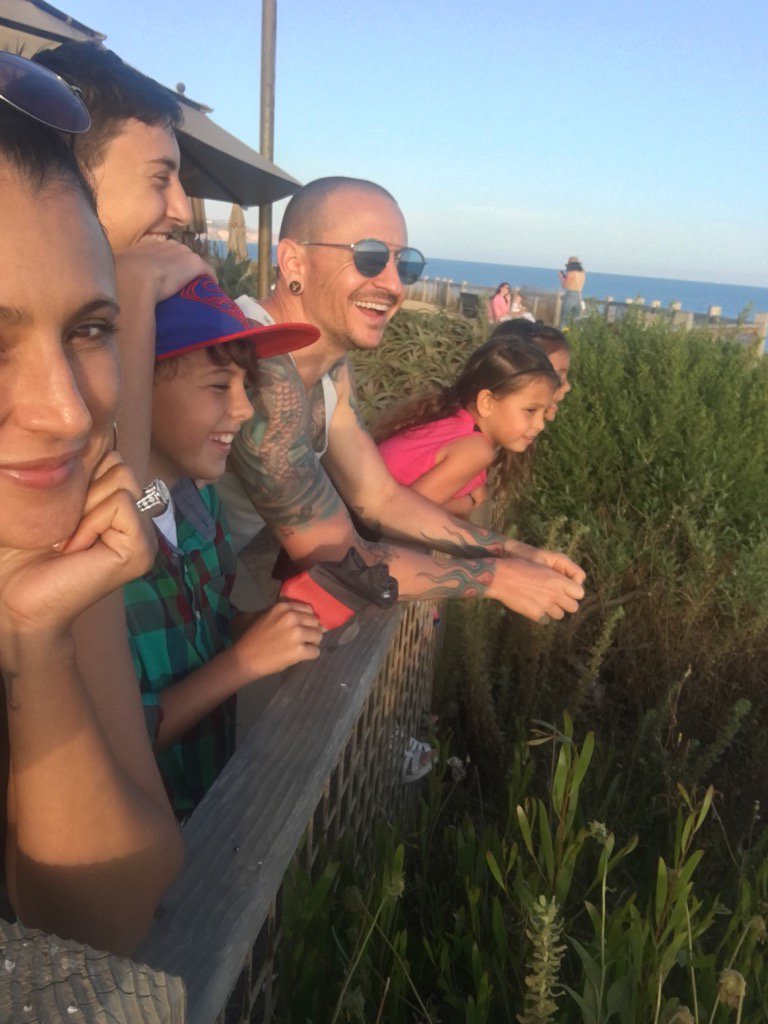 3. Even being with family doesn’t work, for unless your family knows you for what you are going through, they would never take it seriously, or know what to do.

“Lost my 16yo son to suicide 4 months ago. This picture is of us a few months before that. No one knew how much he was hurting.” #faceofdepression 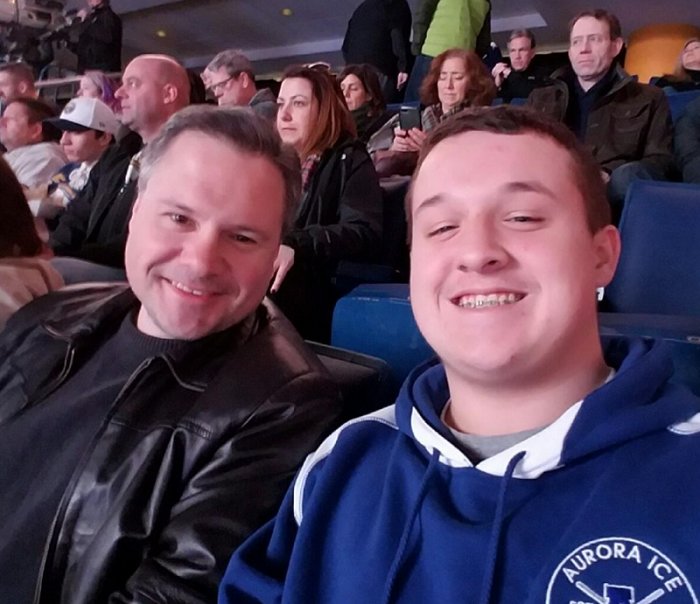 4. It is simply hard to swallow that it would take a certain amount of sacrifice on your part for others to realize that you are suffering from depression. Like, haven’t you lost enough? 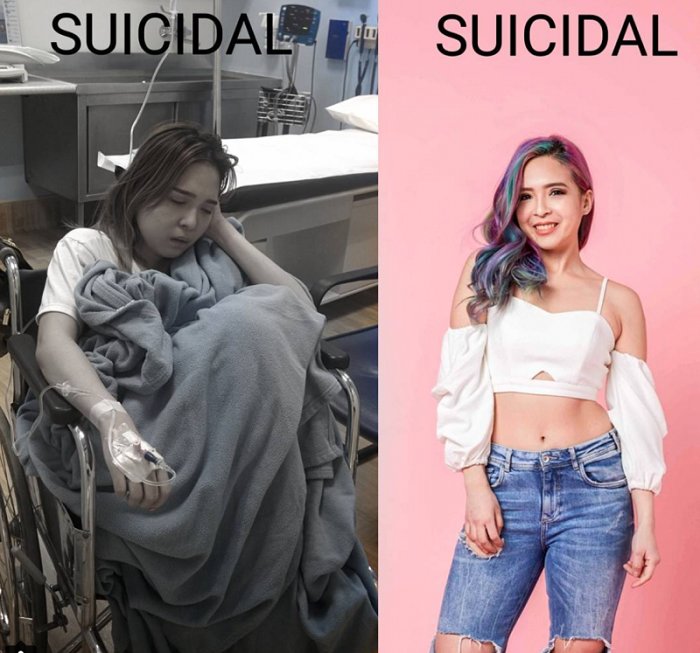 5. Having a nice household might make someone happy, but depression doesn’t cure itself by being happy. Although they might look like antonyms, yet, happiness is a short term thing. Depression is not.

“This is my son , right before going to his computer to look up how to properly hang himself. Two days later he followed through. #suicideawareness Gavin 2000-2017″ 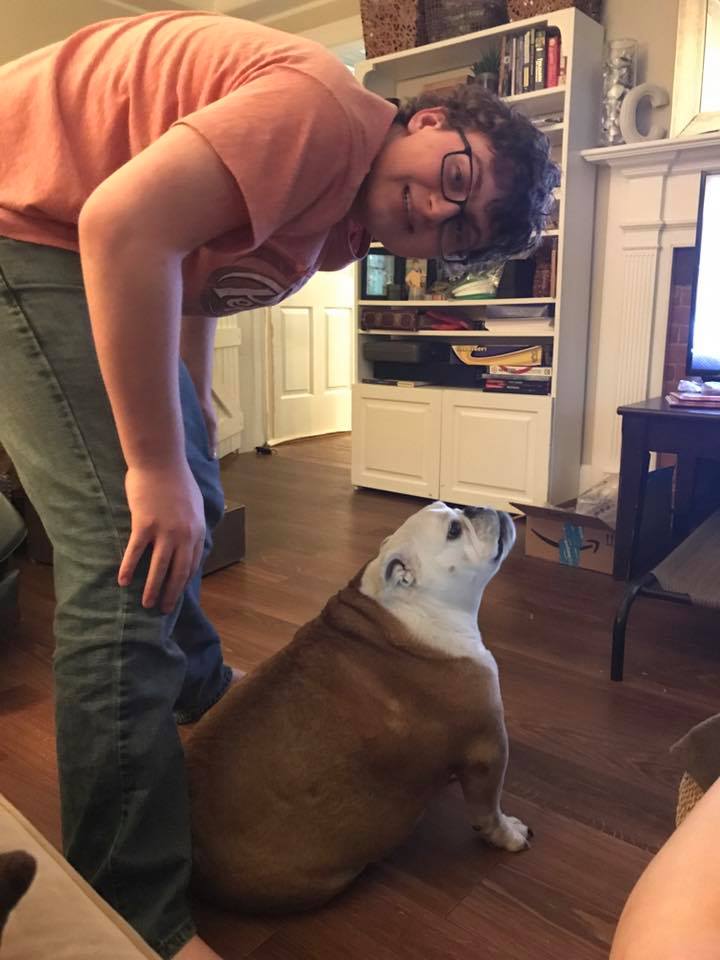 Must read: 11 Unbelievable Habits Of People With Hidden Depression

6. Depression is an illness. It isn’t just a state of mind. If you think that it will only come after a period of time when you are socially burdened, you are mistaken.

“Rayna Gawel: My daughter as well. The night before she ended up in the hospital they went to the daddy daughter dance and had an amazing time. Thankfully she’s still alive today and learning to beat her illness. She was 8 at the time.” 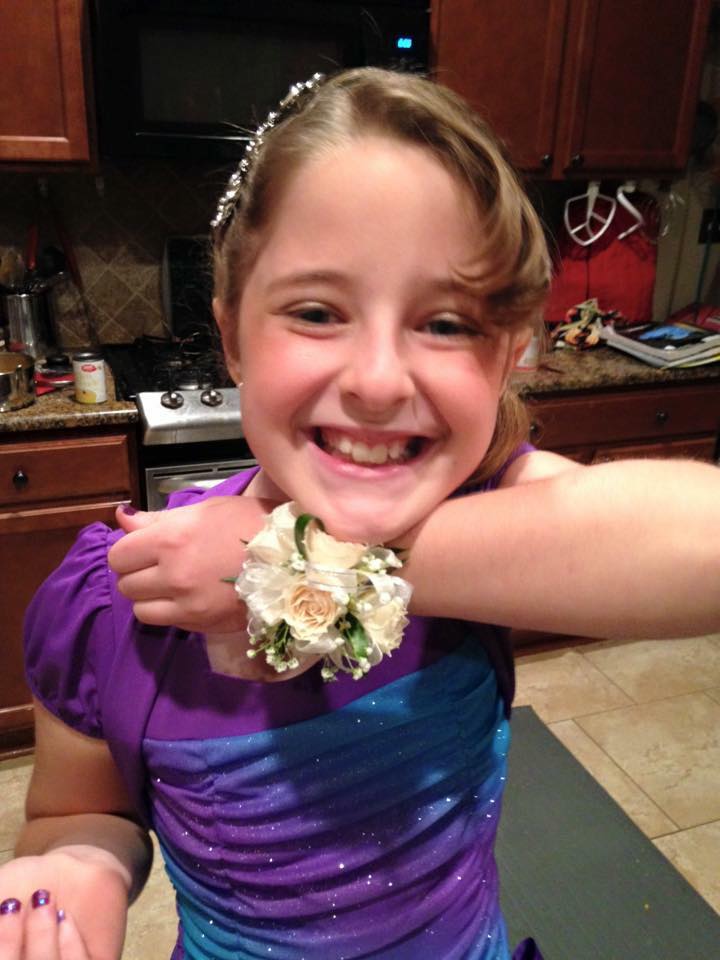 7. Love, family and everything else doesn’t work until you actually talk. And by talk, I mean open up, share your sorrows, your worries, your fears, and expect them to listen and understand.

Hearing, “You don’t have a reason to be depressed with her around” doesn’t do shit but make me feel worse about myself.

Being told, “All you need is exercise and a good diet” just makes me want to throat punch you even though you’re coming from a good place

Depression keeps you from doing things you want to do because it’s literally a chemical imbalance in your brain. 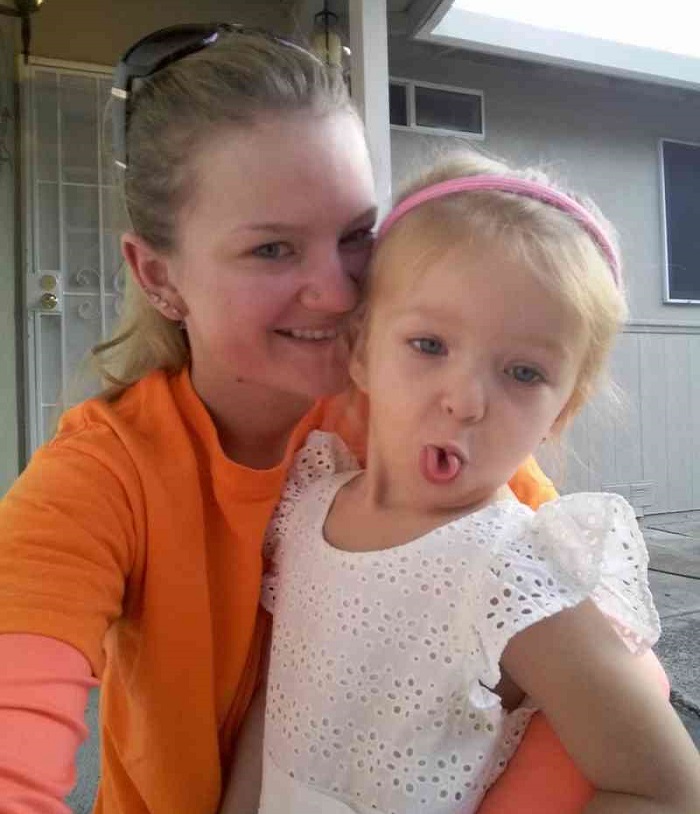 “This is my boyfriend two weeks before hanging himself. Will never understand it…” 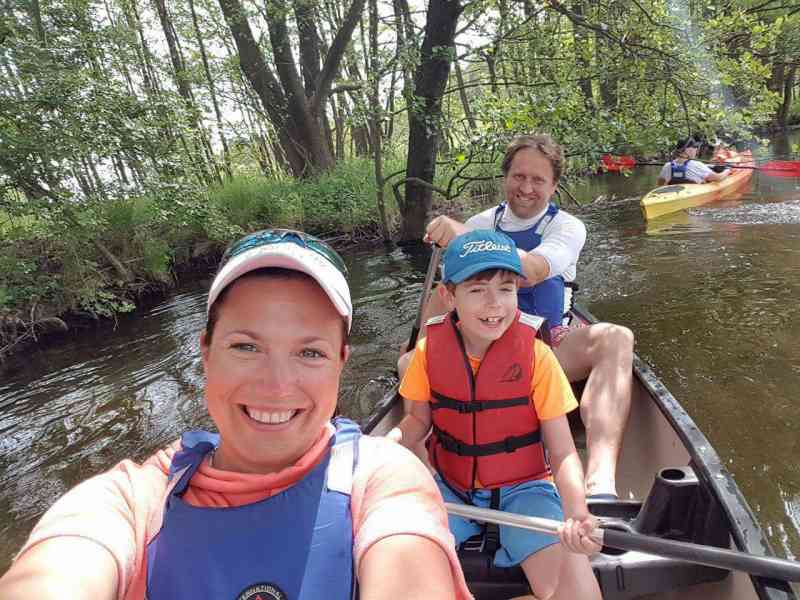 9. Medication is not a foolproof guarantee of curing depression. Although it is an illness, it is one of the mind. Psychological medicines are hard core drugs, which can harm more than they can help.

“You guys! This is the face of depression and suicidal thoughts. 3 years ago antidepressants saved my life and then a year and a half ago they almost claimed it because I just decided I was happy and quit taking them suddenly. Suicide is a permanent solution to a temporary problem. Normalize mental health issues. No more shame in my struggle.” #suicideprevention#itsoktonotbeok #faceofdepression 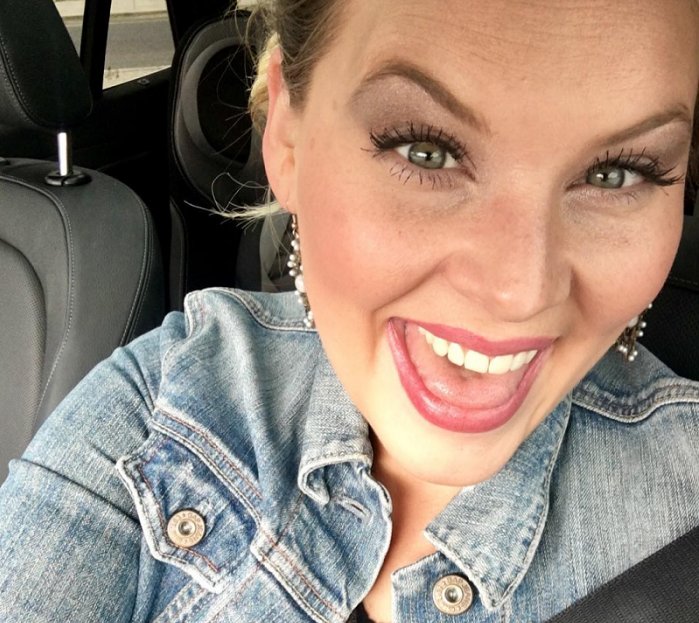 10. PPD, as in Post Partum Depression, is a leading cause of depression in women who have becomes mothers recently. This comes from separation anxiety, which occurs due to the attachment one mother would have for her fetus.

“Currently at the doctor seeking help. Most have no idea what I’m going through and that I cry in the shower or in the car on my way home from work or can’t sleep at night because of panic attacks.” 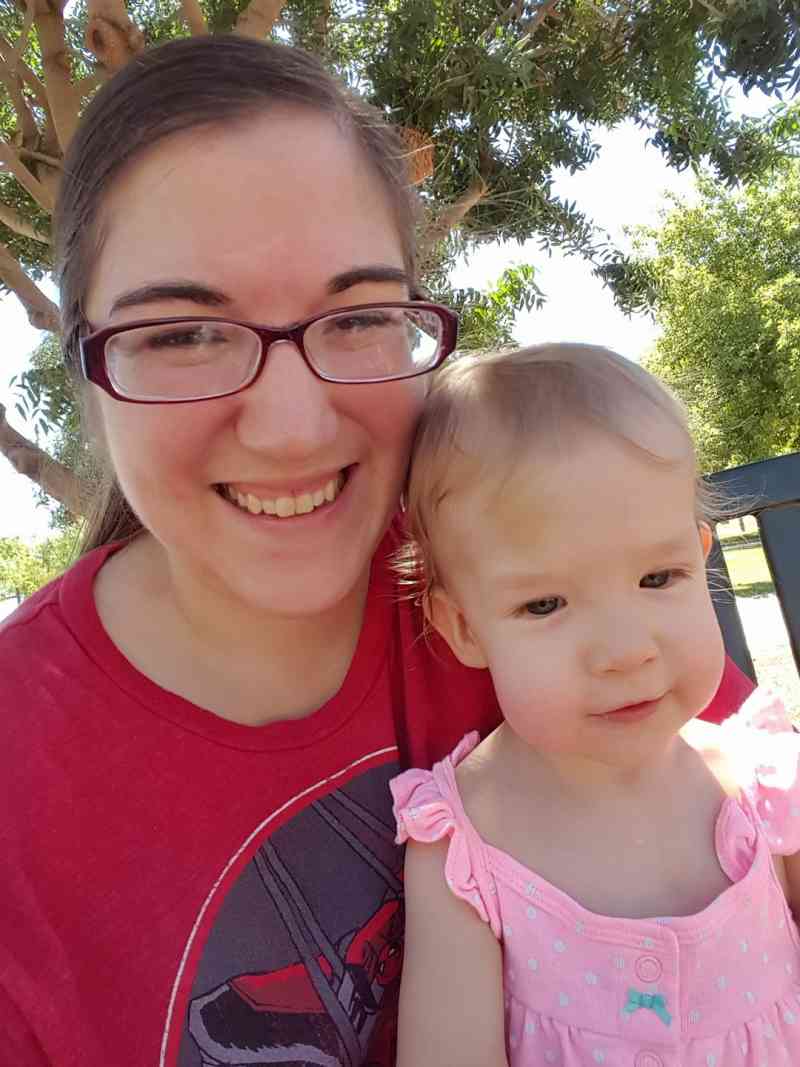 5 Things You Need To Cut Out Of Your Diet That May Be Causing You Extra Anxiety
NASA Got Sick Of All Conspiracy Theories And Released 10,000+ Photos From The Apollo Moon Mission
Advertisement
To Top