The internet is going crazy over this photo showing droplets of breast milk fending off armies of harmful bacteria in Petri dishes… and it does for all the right reasons! 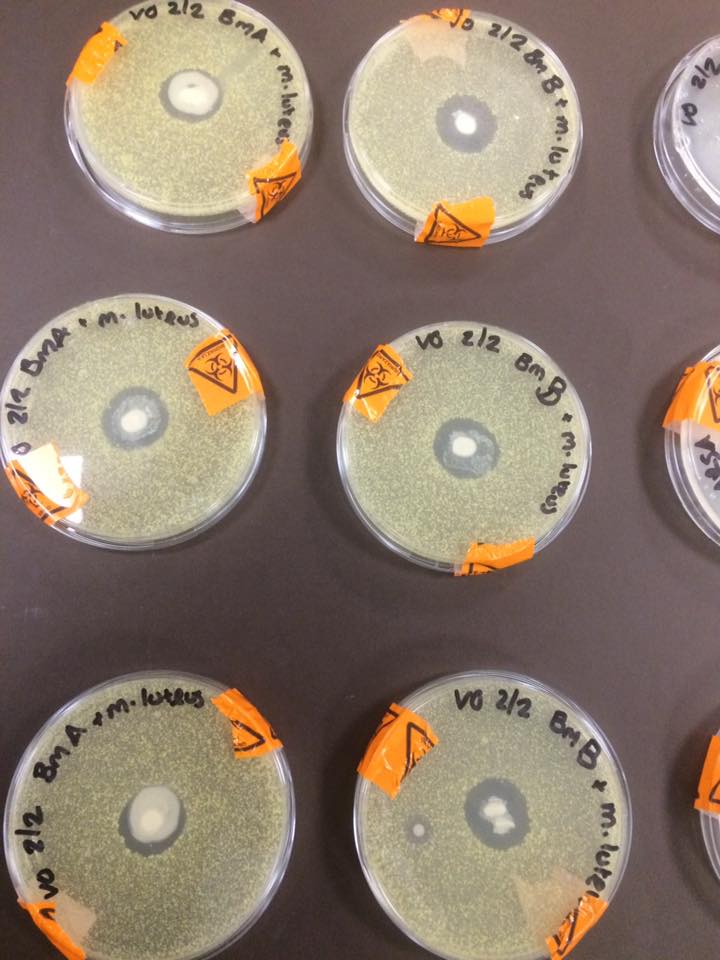 The photo features nine Petri dishes completely colonized with the bacteria M. Luteus, except in the center, where tiny puddles of breast milk have created what looks like “moats” of protection around themselves.

“Here you have 9 Petri dishes containing the bacteria M. Luteus. The white spots in the middle are discs soaked in two samples of breastmilk. See the clear bit around the discs- that’s where the proteins in the milk have inhibited the bacteria! I’m so excited!!! It also worked with E. coli and had a fairly good go at MRSA too….the future is bright, the future is breastmilk”

This article explains how this is possible:

“About 80 percent of the cells in breast milk are macrophages, cells that kill bacteria, fungi and viruses. Breast-fed babies are protected, in varying degrees, from a number of illnesses, including pneumonia, botulism, bronchitis, staphylococcal infections, influenza, ear infections, and German measles. Furthermore, mothers produce antibodies to whatever disease is present in their environment, making their milk custom-designed to fight the diseases their babies are exposed to as well.”

What’s even more stunning is that the samples of milk in the photos came from the mother of a 15-month-old and a 3-year-old, providing further evidence that breast milk continues to protect against illness long beyond infancy.

Make This Smoothie And Say Goodbye To Your Inflammation And Pain [Recipe]
One Of The Biggest Secrets Kept From Humanity: The Pineal Gland
Advertisement
To Top