Picatrix is the name used today, for a 400-page book of magic and astrology. Scholars assume was originally written in the middle of the 11th century. The work is divided into four books, which exhibit a marked absence of systematic exposition.

“Through this ancient manuscript…the reader could attract and channel the energy of the cosmos so that a certain event develops according to the will of the practitioner, zodiacal magic; which is said to help master and dominate with accuracy—through the force of the universe—nature and its surroundings.”

Picatrix explains not only how to create and ensoul magical statues and talismans, but even speaks of whole cities constructed using the principles of astrological magic. 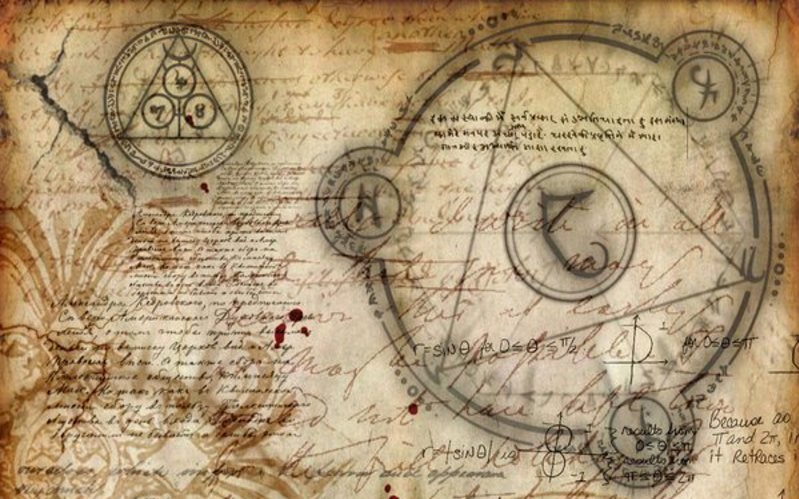 Picatrix is a composite work that synthesizes older works on magic and astrology. One of the most influential interpretations suggests it is to be regarded as a “handbook of talismanic magic.”

The Arabic work was translated into Spanish and then into Latin during the 13th century, at which time it got the Latin title Picatrix. The book’s title Picatrix is also sometimes used to refer to the book’s author.

The translation into Latin gained a notable popularity in Europe between the XV and XVIII centuries.

Although the Castilian version is said to be lost, the Latin translation (Liber Picatrix) spread throughout the West and reached a notable success between the 15th and 18th centuries.

The Picatrix is believed to have been written by Abū- Maslama Muhammad ibn Ibrahim ibn ‘Abd al-da’im al-Majrīt, an astronomer, mathematician, and alchemist of Al-Andalus who wanted to gather all the knowledge of the Middle East from the 8th and 9th centuries.

Arab historian, Ibn Khaldun, ascribed authorship of Picatrix (referring to the original Arabic version, under the title Ġāyat al-Ḥakīm) to the mathematician, al-Majriti, who died between 1005CE and 1008CE.

Although there are those who disagree with such authorship and attribute this magical grimoire to an unknown apprentice of a mysterious Middle Eastern magic school—mostly due to the style in which the work is presented which looks like a kind of notebook—the enigmatic grimoire was extremely popular and promised to teach its reader, among other things, how to obtain energy from the planets of the cosmos. Many authors summarize the work as being “the most thorough exposition of celestial magic in Arabic”.

The contents fo this ancient magical grimoire are fascinating and in it, we find reference to talismanic magic and astrological references to animals, plants, metals, stones, etc.

Through them, the reader could attract and channel the energy of the planets so that a certain event develops according to the will of the practitioner, zodiacal magic which is said to help master and dominate with accuracy—through the force of the universe— even nature and the surroundings.

The ancient magical grimoire also gives insight into numerology and lunar calendars that supposedly would help plan rituals considering the most propitious moment so that the energy of the universe favored the result.

However, there’s more to this mysterious magical grimoire than numerology and astrology. This ancient text includes different bizarre recipes for countless spells that had to be composed using ingredients as dangerous as hashish, opium and other psychoactive plants that were used in large quantities to induce altered states of consciousness and astral journeys.

If on the other hand, the intention was to contact the spirits and master the forces of the spirits, then the ingredients that had to be used were different: blood, sperm, urine, earwax, tears and saliva were all mixed together specifically to obtain the best results and master the world we cannot see on a daily basis.

Interestingly, Picatrix explains not only how to create and ensoul magical statues and talismans, but even speaks of whole cities constructed using the principles of astrological magic.

A complete English translation by John Michael Greer and Christopher Warnockof the Latin Picatrix is available in 7 paperback and hardcover editions.

How to Know if Your Partner is Not Loyal With You Anymore?