I remember when I was in high school I had a great teacher on environmental science. From that guy I learned many incredible things that I won’t forget, especially this one, and I am quoting him:

“When you throw your banana peels, or an orange peels in the grass, and a cop passes and wants to charge you a pollution ticket, you sent him directly to me.”

I knew exactly the story behind the quote, because we were preparing for finals on the exact theme. Now, let’s see what happened to the National Park… (and you will figure out the quote)

Little spoiler: what they did can change the entire world!

Why is this story so exciting?

In exchange for donating a portion of unspoiled, forested land to the Área de Conservación Guanacaste (a nature preserve in the country’s northwest) the park authorized the company to dump its discarded orange peels and pulp, free of charge, in a heavily grazed, largely deforested area nearby. 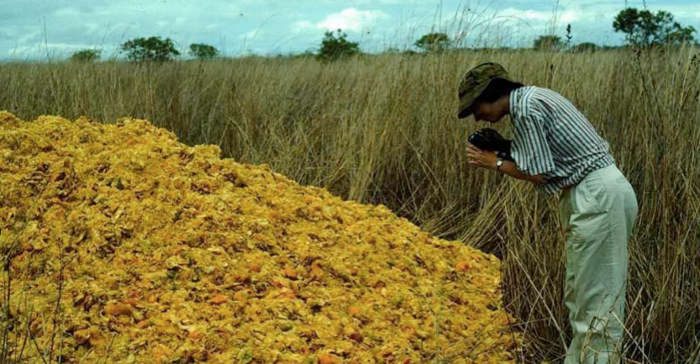 The first deposit of orange peels in 1996. Photo by Dan Janzen.

After one year, 1000 trucks spilled 12.000 metric tons of discarded orange compost onto the deforested area.

It was then untouched and unexamined for a decade. Although they didn’t forget to put on a sign to make it easier to locate.

After 16 years, Daniel Janzen sent a graduate student Timothy Treuer to look for the place and locate it. After seeking for a while, Timothy failed to locate the place.

“It’s a huge sign, bright yellow lettering. We should have been able to see it,” says Timothy.

It was about half an hour before Timothy had to consult Janzen for more detailed location.

A week later when he came back and confirmed that he was in the exact place, he was shocked! 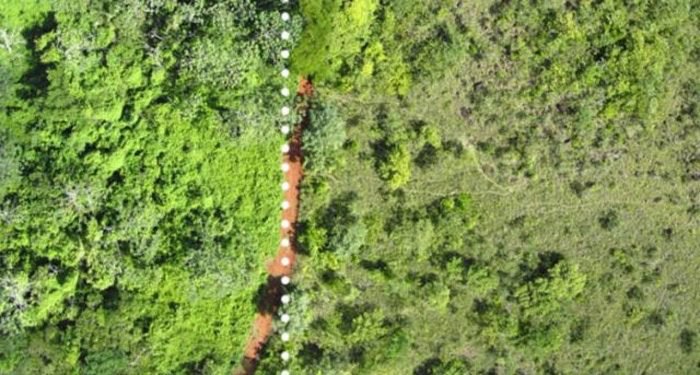 The site of the orange peel deposit (L) and adjacent pastureland (R). Photo by Leland Werden.

“It was just hard to believe that the only difference between the two areas was a bunch of orange peels. They look like completely different ecosystems,” he explains.

The area was so thick with vegetation he still was not able to locate the sign.

Treuer and a team of researchers from Princeton University studied the site for three years.

The results, published in the journal “Restoration Ecology,” portrays how completely the discarded fruit parts assisted the area’s flip-around.

Ecologists measured different qualities of the site against an area of former pastureland immediately across the access road used to dump the orange peels two decades prior.

Compared to the adjacent plot dominated by a single species of tree, the site of the orange peel deposit had thriving two dozen species of vegetation! 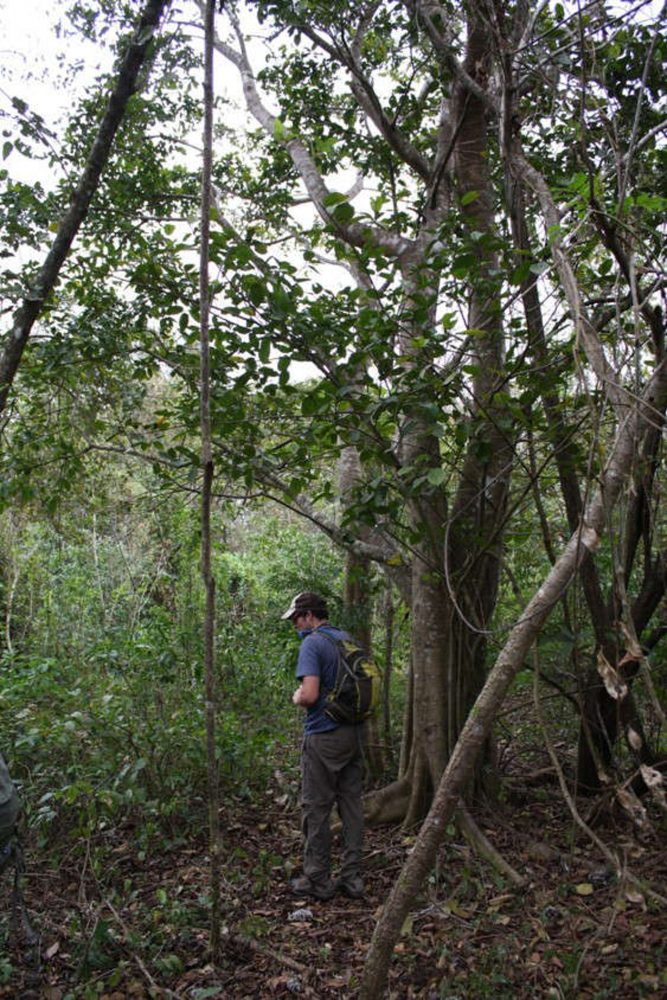 Despite the greater biodiversity and richer soil, researchers discovered a tayra (a dog-sized weasel) and a giant fig tree three feet in diameter, on the plot.

“You could have had 20 people climbing in that tree at once and it would have supported the weight no problem,” says Jon Choi, co-author of the paper, who conducted much of the soil analysis. “That thing was massive.”

Recent evidence suggests that secondary tropical forests — those that grow after the original inhabitants are torn down — are essential to helping slow climate change.

In a study published last year, researchers found that such forests absorb and store atmospheric carbon at roughly 11 times the rate of old-growth forests. 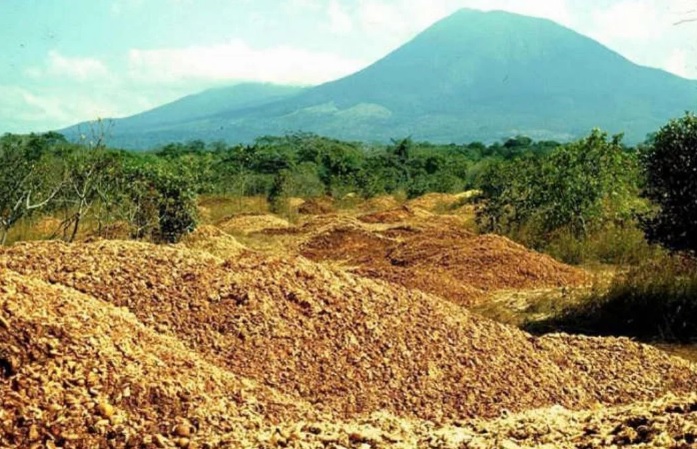 The site after a deposit of orange peels in 1998. Photo by Dan Janzen.

Treuer is a firm believer that better management of discarded produce — like orange peels — could be key to helping these forests regrow.

An annual study released by the Brazilian government estimates that the rate of deforestation in the Amazon has increased by 29 percent over the last year alone.

Meanwhile, much of the world is awash in nutrient-rich food waste. In the United States alone, up to half of all produce in the US is discarded. Most currently ends up in landfills.

“We don’t want companies to go out there will-nilly just dumping their waste all over the place, but if it’s scientifically driven and restorationists are involved in addition to companies, this is something I think has really high potential,” Treuer says.

Treuer believes the next step is to examine whether other ecosystems — dry forests, cloud forests, tropical savannas — respond the same way to similar deposits.

Two years after his initial survey, Treuer returned to once again try to locate the sign marking the site.

Since his first in 2013, Treuer had visited the plot more than 15 times. Choi had visited more than 50. Neither had spotted the original sign. 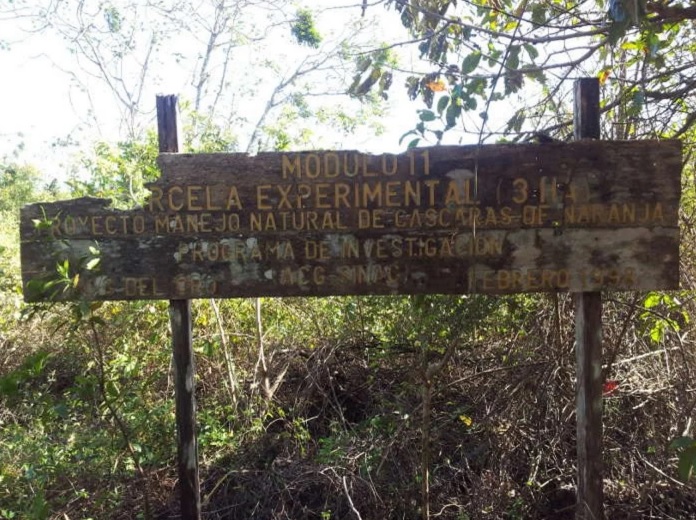 The sign after clearing away the vines. Photo by Tim Treuer.

In 2015, when Treuer, with the help of the paper’s senior author, David Wilcove, and Princeton Professor Rob Pringle, finally found it under a thicket of vines, the scope of the area’s transformation became truly clear.

19 years of waiting with crossed fingers had buried it, thanks to two scientists, a flash of inspiration, and the rind of an unassuming fruit!